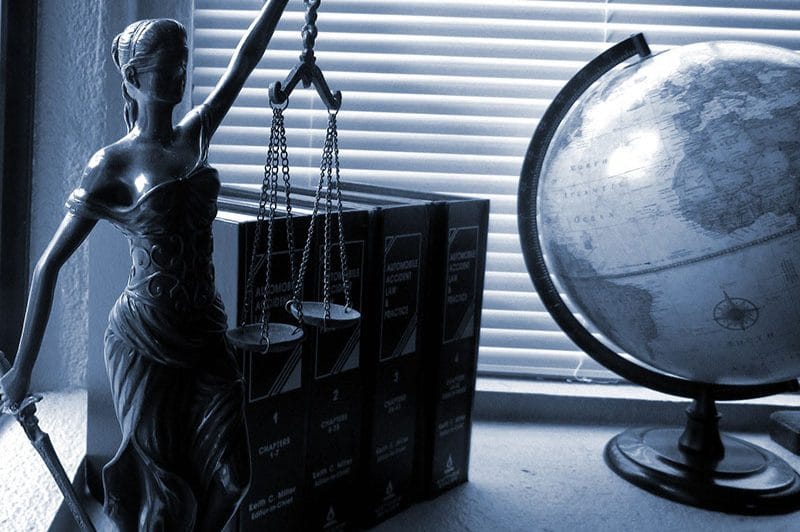 The Court of Appeal recently released the decision of Girao v. Cunningham, 2020 ONCA 260 (CanLII). It granted a new trial for a self-represented plaintiff regarding injuries she suffered in a motor vehicle accident in 2002, 18 years ago.

At trial, a jury found the defendant at fault and awarded modest damages to the plaintiff. Unfortunately, the trial judge dismissed the plaintiff’s case when he concluded she did not suffer a serious and permanent disability.  The plaintiff was ordered to pay $311,845.34 in costs and disbursements.

The Court of Appeal set aside the lower Court’s decision and sent the case back for a new trial. It found that the trial judge and defence counsel treated the self-represented plaintiff unfairly during the trial taking advantage of her by creating an unlevel playing field.

This case is significant for two reasons. First, it highlights the importance of fairness to self represented plaintiffs in Court, providing concrete examples of where defence counsel had taken advantage of her position and the Trial Judge failed to intervene. Second, the Court of Appeal has outlined and summarized the law regarding numerous evidentiary issues that frequently arise in motor vehicle accidents trials.

Joint document briefs are typically a compilation of records and documents that the two sides in a case agree can be presented to the Court. The brief is generally compiled for organizational purposes and its creation does not automatically mean the documents will form part of the evidence. The Court of Appeal outlined the following check list for best practices:

[33]……In considering how the documents in the joint book of documents are to be treated for trial purposes:

2.    Is it to be taken that all correspondence and other documents in the document book are admitted to have been prepared, sent and received on or about the dates set out in the documents, unless otherwise shown in evidence at the trial?

4.    Are the parties able to introduce into evidence additional documents not mentioned in the document book?

6.    Does any party object to a document in the document book, if it has not been prepared jointly?

The Court of Appeal also reviewed the provisions in sections s. 35 and s. 52 of the Evidence Act and indicated that opinions in doctors notes can only be admitted for the truth of their contents under s. 52 and the doctor must be made available for cross examination. These opinions should not be accepted as true based on section 35 alone.

The Court reiterated the current law with respect the admission of evidence and the need for balance between prejudice and probative information to achieve a fair trial. In this case a note containing opinion evidence from a treating practitioner used by the defence was determined to be inadmissible without calling the author to allow for cross examination. Similarly, the Court ruled that the failure to allow the plaintiff to call the author of a summary report prevented her from putting in relevant evidence despite giving proper section 52 notice.

Also of note, the Court of Appeal dealt with the principles regarding the admissibility of details from accident benefit settlements in a jury trial. The Court felt that the current jury instructions are not sufficient, and the jury should be educated about the current compensation scheme in Ontario if the evidence is to be admitted.

Where the evidence is being tendered by the defence to attack the plaintiff’s credibility or motivation to work or mitigate damages, there needs to be a relevant basis for its admission. Further, the probative value of the evidence must outweigh its prejudice to the plaintiff. The seven factors identified by the Court are:

[129]   First, the trial judge has broad discretion to control the proceedings to ensure that trial fairness results.

[130]   Second, Ontario’s hybrid motor vehicle accident compensation system has as its primary concern the adequate compensation of injured persons. The reconciliation of benefits and tort damages aims to prevent double recovery. As noted, the practice in civil jury trials is to include an instruction to the jury to make their award of damages on a gross basis with no deduction for any collateral benefits. The reconciliation of the receipt of benefits and tort damages is not expected to be controversial in most instances. The task is left to the trial judge in order to take it out of contention before the jury. Perhaps that statutory allocation of responsibility to the judge reflects a recognition that the jury might otherwise be tempted to do some informal discounting of the damages award to take account of the statutory accident benefits the plaintiff has already received.

[131]   Third, it falls to the trial judge in a tort action to decide contextually whether and to what extent evidence about the statutory accident benefits settlement is to be admitted. The principles of evidence law guide the decision. The first question is whether evidence of the details or existence of the statutory accident benefits settlement is relevant to a fact in issue in the tort action. The second question is whether the probative value of the evidence would exceed its prejudicial value. Striking the balance engages the trial judge’s discretion.

[132]   Fourth, evidence regarding some of the individual benefits received in the statutory accident benefits settlement would be relevant and admissible if the allegation is made that the plaintiff’s abuse of a benefit will have an impact on the calculation of the tort damages. For example, if the defence pleads that the plaintiff failed to use the earmarked settlement proceeds to mitigate certain related future losses, as in Farrugia and Peloso, then certain details of a settlement will be directly relevant to whether the defendant or the plaintiff is liable to the future losses. The plaintiff is free to use proceeds of a settlement as he or she sees fit, but in some circumstances it is appropriate to require the plaintiff to account for the expenditure of settlement funds.

[133]   There is a two-fold proviso: the pleadings must have put the issue into dispute with appropriate particularity; and there must be an air of reality to the issue, to be assessed in a voir dire, which is supported by evidence and admissible expert evidence if necessary. In my view, the same proviso would apply to a defence allegation that the plaintiff is malingering or lacks the motivation to work.

[134]    Fifth, the totality of the statutory accident benefits settlement would rarely be relevant and would usually be more prejudicial than probative, particularly in a jury trial, even when the defence alleges that the plaintiff is malingering or lacks the motivation to work. These allegations are easy to make and difficult for the plaintiff to defuse. The plaintiff’s burden to prove his or her inability to work is especially heavy for soft tissue injuries, chronic pain, and psychological injury such as depression where objective evidence is lacking. The accusation of malingering prejudicially adds to the plaintiff’s evidentiary burden by sowing suspicion in the minds of the jury. The accusation of malingering can form the basis of withering cross-examination of the plaintiff and allow counsel to repeat the malingering accusation in the examination and cross-examination of other witnesses. In this way, the allegation of malingering can achieve narrative heft by repetition as a mnemonic reminder to the jury of the defence’s theory.

[135]   Sixth, there are public policy grounds for being cautious. Permitting the benefits settlement to undermine the tort claim can expose the plaintiff to unfairness, as Leitch J. noted in Ismail, at para. 34, which I repeat for convenience: the “use of collateral entitlements premised on disability to support arguments of ability, in order to undermine residual claims for recovery not addressed by such collateral benefits, seems not only ironic but unfair.” In Farrugia, Emery J. called it a form of double jeopardy. I agree with their observations. Further, making the evidence of statutory accident benefits settlement generally admissible in tort actions can create a perverse incentive on the plaintiff to keep the statutory accident benefits claim alive so that it does not become a defence weapon in the tort action. However, it is a general principle of our law that settlements are to be encouraged, not discouraged.

[136]   Finally, where evidence of the statutory accident benefits settlement is in evidence before the jury, the jury instructions should carefully explain how the motor vehicle accident compensation system in Ontario functions, including the fact that the plaintiff was entitled to the statutory accident benefits, and the distinct roles of the trial judge and the jury in setting the tort damages and accounting for benefits received so that the jury can understand the reasons for the allocation of the roles. The jury should be instructed not to reduce the award of damages because it believes that the benefits have compensated the plaintiff adequately for the accident. The current rather sparse standard instruction is not adequate.

The Court of Appeal’s comments suggest that the admissibility of settlement amounts will no longer be automatic. Instead, the defence will need to plead facts relevant for their admission and will also need to articulate why it should be admitted. It is expected that Courts will no longer simply accept that the evidence is relevant to show the plaintiff has no motivation to return to work where the award is larger, or that the plaintiff ought not to receive a treatment award where they did not use the funds for that purpose. 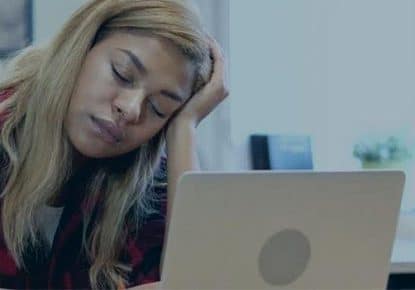 Why are COVID long-haulers being denied long-term disability benefits?

As pandemic restrictions are being phased out, many of us are gaining… read more 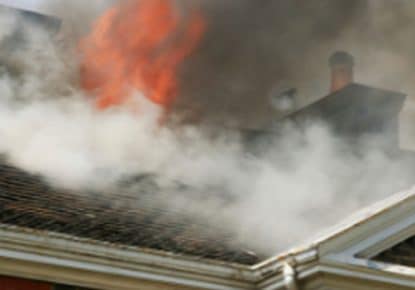 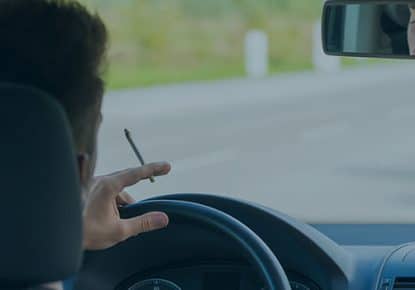 When cannabis was legalized in Canada in 2018, there was a great… read more 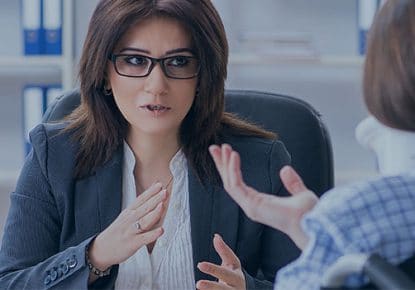